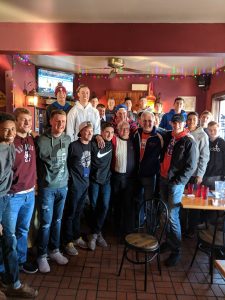 The team met with former Dragon great Steve Green and Milan Hero Bobby Plump for inspiration before the game. 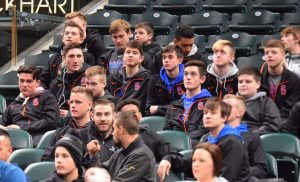 The Team focusing before the game. 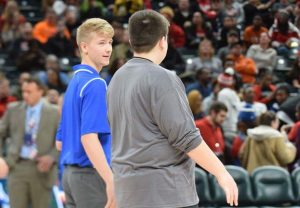 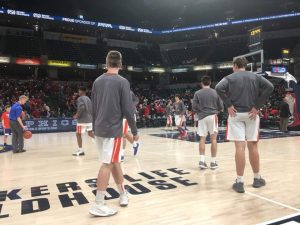 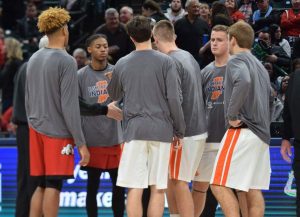 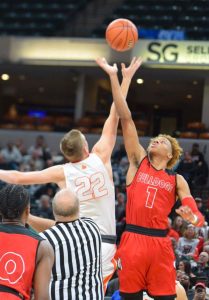 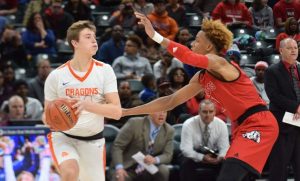 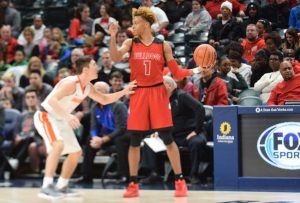 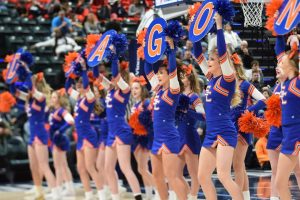 The State Championship cheer squad tries to amp up the Dragon faithful who made the trip to Indy. 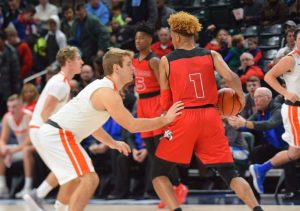 Senior Jacob Garrett takes a shot at playing “D” against the D1 prospect. 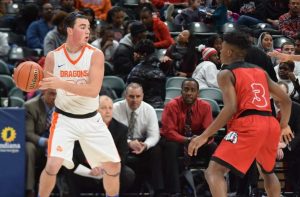 Junior Josh Landers looks to dish the ball to a Dragon for a score. 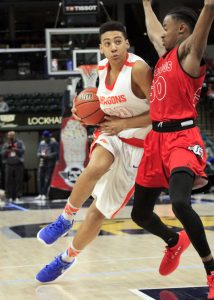 Freshman Trey Kaufman drives to the basket for 2 of his 11 points. 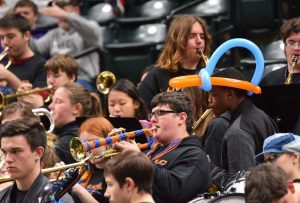 The Dragon Pep Band was in full force on Saturday supporting the basketball team. 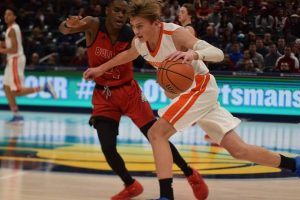 Freshman Kooper Jacobi drives the ball past the Bulldog pressure. 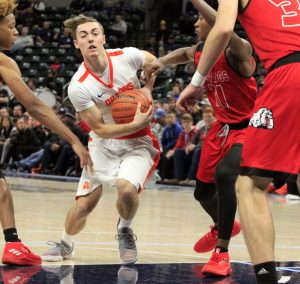