SALEM — Despite not completing a single pass on offense, Silver Creek was still able to beat hosts Salem, 21-0 on Friday.

With the shortcomings through the air, Silver Creek more than made up for it on the ground. As a team, the Dragons ran for 362 yards with a 6.4 average per carry. They featured seven different players rushing the ball and all three of Silver Creek’s touchdowns came by way of the ground-and-pound.

“This was a good team win,” Silver Creek coach John Dablow said. “We moved the ball well on offense but were unable to punch it in. Defense kept us in it until we were finally able to finish.”

Ben Landers broke the tie in the second quarter and put the Dragons on the board with a 8-yard touchdown run. That was Landers only touch of the game, but he made it count by giving Silver Creek the early lead which they carried into halftime.

After the break, a fired up Silver Creek marched down the field and within the first five minutes of the second half. Elijah Bays broke free for 16 yards and ran in into the end zone to increase the Dragons’ leads, 14-0.

The final blow came in the fourth quarter when Silver Creeks’ Jacob Garret caped off his monster night with a four yard plunge, putting the Lions down 0-21.

Silver Creek’s defense was outstanding against. It kept Salem off the scoreboard, which was the teams second shutout in a row. This is the first time in two years that the team has had two shutouts in a season and the first time in school history in back-to-back weeks.  They held the quarterback to under a 50 percent completion percentage and held the Lions to just 155 yards of total offense. The Dragons’ defense also won the turnover battle with two interceptions. Dylan Whitt and Ben Landers both picked off balls headed for the other team.

“Our defense played lights out,” Coach Dablow said. “Anytime we would shoot ourselves in the foot on offense our defense would step up and get a stop. They are really giving a great effort right now. This was a really good road win especially coming off of a huge week last week.”

Garrett led the rushing attack with 20 carries and 169 yards. Brannon Russell received 16 touches and finished with 90 yards. Elijah Bays finished with 18 yards on his six carries.

Silver Creek is now 2-0 and will be back in action Friday with a trip to Providence to take on the 0-2 Pioneers. 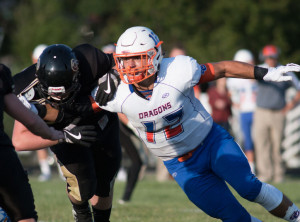 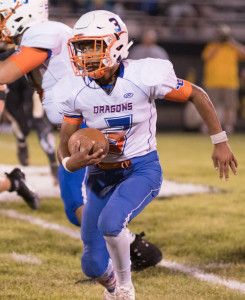 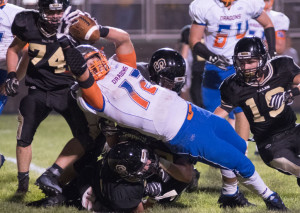 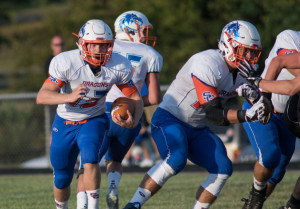 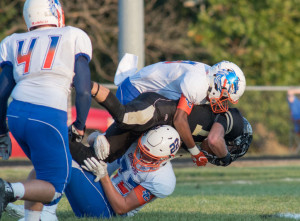